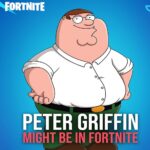 I got this car in August of 2021. It had 205,000 miles when I bought it, but the previous owner had all sorts of service records including a belt replacement, head gasket replacements, different exhaust system replacements, and a new hose in the engine. The clutch must still have some life on it considering I haven't had to replace it yet. I only started driving a stick shift as of January 2021.

That January I bought a 2008 Saturn Astra XR MT and I liked it a lot. It was a ton of fun to drive. Sadly it only lasted me 6 months before the transmission ended up falling apart due to a trip up to Brooklyn and back carrying bandmates and as much band equipment as we could fit in it. I knew it wasn't smart, but I didn't know it would end up THAT badly. I was able to sell it to a family that was willing to try to put a replacement transmission in it themselves, and they said that it seemed the issue had to do with the drivetrain because the power wouldn't go to each wheel evenly.

Before that Astra I had a 2005 Hyundai Sonata from 2017-2020 and that was a decent car, but around 120,000 miles a bunch of issues started arising and I could only keep up with trying to fix them for so long. The last straw was finding it had a big old rust hole on the frame underneath the engine soon after getting the hose replaced.

And before that Hyundai Sonata was my first car: the legendary 1992 Mercedes E300 that I bought at the end of my Junior year of high school in 2016. I had that car for 6 months, and for 3 of those months it was at the mechanic for various issues. Soon enough the alternator had failed and I called it quits. I thought I could trust the fella selling it, who was my friend's dad, but he was definitely playing me and I fell for it badly.

This Outback is my fourth car in 5 years. All I want is a care that I can trust, and so far it's done the job. I don't intend on modifying it because I have already spent enough money on different cars and repairs in recent years. However, if any Subaru heads want to share wisdom with me about how to maintain it I'm all ears.