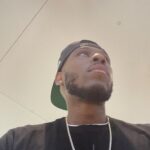 I found the car on Craigslist with 53K in Summer 2019. I drove 7 hours coming from NYC to Pittsburgh to pick it up. I bought it from this mid 30’s caucasian guy who’s wife made him sell it because he barely drives the car. Believe it or not I bought the car sight unseen which came out just as he said the car would be. The seller told me if you’re looking for a 135i this is the one and he wasn’t lying. He wouldn’t even budge on the price. When I drove the car home I took it to my preferred shop and they couldn’t find one thing wrong with it. The car came with nice mods which saved me a lot of money since I planned on doing the exact mods. No regrets here and by far the best car I ever owned. Today I see the same car with much higher mileage selling for the price I bought this one for so I definitely came out on top.