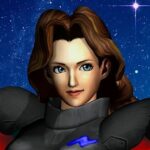 On May 7, 2013, after a two-week search for a decent 5th-generation Mitsubishi Mirage sedan, or some alternative, this 2001 Volvo S60 was discovered by accident, and we obtained it for a great price. When I first acquired it, the Volvo needed more than a few minor-to-moderate DIY repairs. Nevertheless, it was almost always completely drivable before and between repairs, and it was an excellent purchase for the price we got it for. Coincidentally, this particular Volvo shares many traits as our family's very first Volvo; A 1993 850 GLT. They are both the same color, and the model year of this S60 is also the same year we acquired the 850 (2001). Not only that, they both have near-identical engines, and the S60 is the second successor to the 850, needless to say. Unfortunately, our 850 was totaled due to a highway accident sometime in September 2006.

The first couple of months I had this Volvo, it was formerly (and VERY briefly) nicknamed "Blood Falcon", which is based on a malevolent racer in F-Zero, my favorite racing game. However, after several people asked me what I named the car, this nickname was hardly mentioned, and this was because I couldn't come up with a better name at the time. After driving it more, I began to notice it's "personality", and since, I have named her "Jody", which is based on "Jody Summer", another F-Zero character who is a considerably talented protagonist. Like Jody, this car is noble and strong, and runs extremely well despite her very high mileage. Another similar trait shared with Jody—who is known to be extremely skilled at controlling speed—would be the S60's wonderful stability and controllability at high speeds, as well as very torquey behavior despite being normally-aspirated. She's not fast...but she's got teeth.

Now, one strange correlation between Jody Summer, and this S60, which is something I noticed back in late 2018, is that this car, and Jody Summer—at least in F-Zero: Falcon Densetsu (or GP Legend)—got some "left-side issues". What I mean is this Volvo had a few major issues and mishaps on the left side after a few years of ownership. I dealt with a sticking brake caliper, two warped brake rotors, two snapped retainer bolts, a new strut that nearly failed catastrophically, and finally, a detonated CV joint; Once again, ALL of these issues occurred on the left side. Now to compare, Jody Summer had to get cybernetic implant repairs for her left arm, and entire left torso after being involved in an accident in F-Zero Densetsu. Weird, I know.

However, despite her age, and issues over the years, Jody (I mean the Volvo, now) always made it home right before, or when something catastrophic happens. This ol' girl never left us stranded, and this is one of a few reasons why this car is so special; it's like she "knows" it, too.

"You treat her like a lady...and she'll always bring you home." - Dr. Leonard McCoy, Star Trek: TNG, Encounter at Farpoint