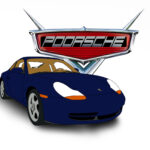 At the beginning of the pandemic, I was struck with the urge to get a Porsche before the whole world ended. I had wanted a Porsche for years, but never owned one. So I seized the moment!

The Boxster was a prime example of the 90's era. It felt analog, yet it had every convenience feature you’d reasonably need. Power windows, power top, ice cold AC, good amount of power, and that flat-six engine note!

All of that is great, but the price is what sold me on the Boxster. You can buy a well sorted 2.5L for under 10 grand! My god was it a fun sports car, for a third of a well kept 996. I had 5 months of bliss, which was brought to an abrupt end last month when it suffered IMS failure. That was tough to endure. The Boxster was special to me because it was my first Porsche.